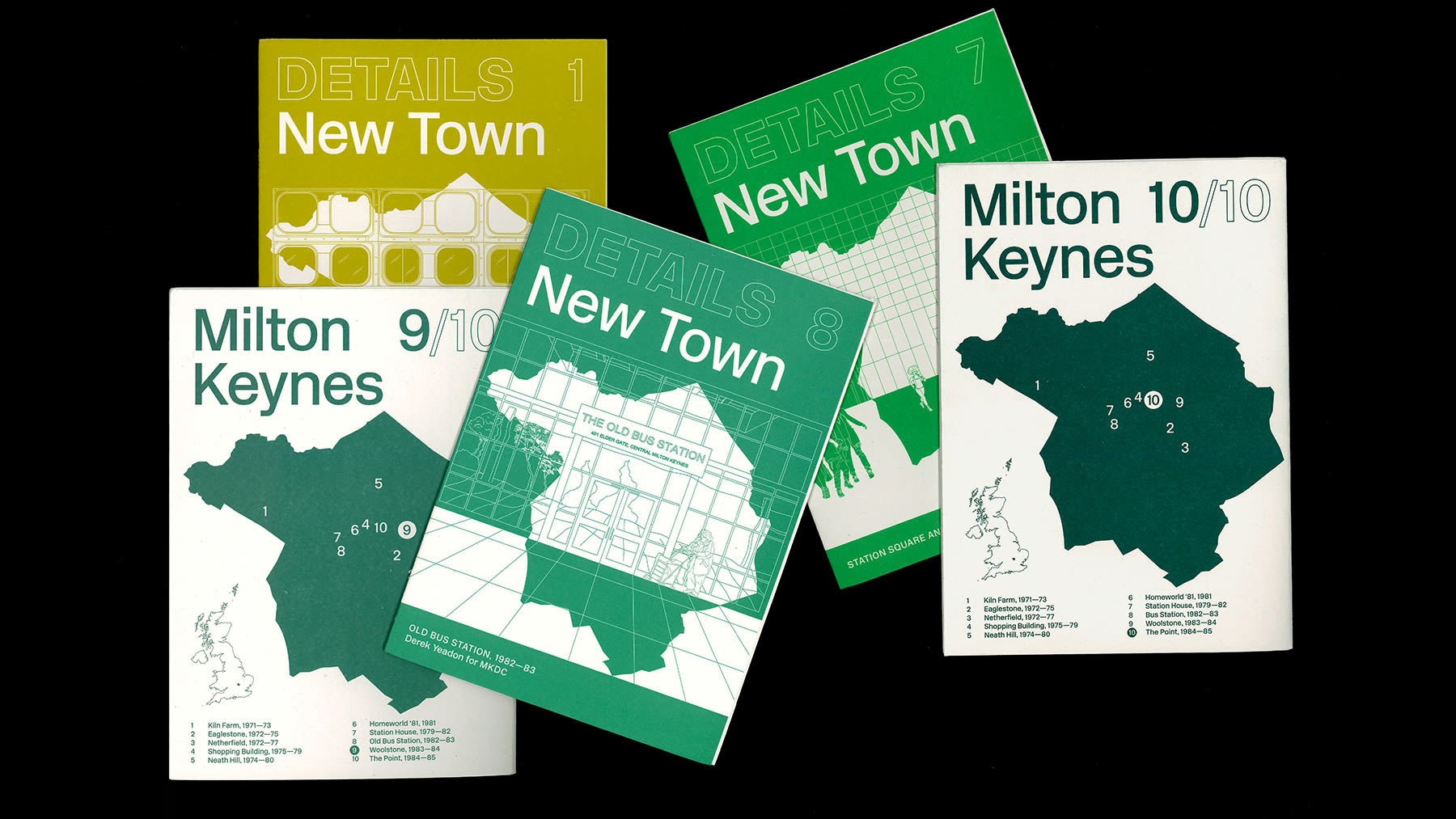 Ten iconic details of Milton Keynes are released in the latest editions of DETAILS, bringing drawings, insights and stories into the architectural narrative of 20th Century New Towns.

DETAILS is a publication edited by Wayne Head. The series interrogates architectural details in a variety of locations across the UK and further afield. What makes a detail ‘good’ or ‘bad’? What might a detail say about a building, an architect, a place, or a movement in history? If a building can manifest how we think, how does a detail speak about the whole? Can you have good details and a bad building? Or a good building made out of bad details? These and other questions are explored in the publication, a series of illustrated risograph-printed pamphlets. Previous series have looked at The Barbican and Golden Lane Estate, Radical Essex, Clerkenwell and The City of London.

The latest edition of DETAILS compares and contrasts the first post-war new town of Stevenage with the final, largest and most ambitious new town of Milton Keynes, created 20 years later.

The New Towns Act was passed in 1946. The plan was to move people from over-crowded and bomb-damaged cities to self-contained communities inspired by the garden city model. In the end, Britain created 32 new towns, which are home to nearly three million people today.

These editions and accompanying exhibitions explore the art and architecture of Stevenage (designated as the first new town in 1946) and Milton Keynes (one of the last wave, designated in 1967). They chart over thirty years of creative and pioneering designs, reflecting the dramatic shifts in society and politics along the way.

“The great delight is that, after years of being branded for their uniformity and mundanity, the new towns are now recognised for the quality of their architecture and its details.” Elain Harwood, Historic England